Increasingly, many governments are trying to hide the atrocities committed at home by organizing competitions, sponsoring or buying teams that clean up their image abroad. We denounce this practice which attempts to camouflage human rights violations behind the values ​​and the fascination that sport provokes throughout the world.

The next Football World Cup It will be played in November to avoid the hot weather in Qatar, a country which had never qualified for this competition. More and more stadiums are changing their historic names to those of international brands. Several golf championships take place in the middle of the desert. The Spanish Football Super Cup is not played in Spain, but in Saudi Arabia. And the historic Paris Dakar rally does not leave Paris and does not reach Dakar.

French players lift the trophy after the Russia 2018 World Cup final between France and Croatia at the Luzhniki Stadium in Moscow on July 15, 2018. © Jewel Samad/AFP via Getty Images

Anyone who loves sports is stunned by changes like these with increasing frequency. The reason? In English they call it sportwashing, i.e. sports bleaching. It is the strategy by which some of the governments with the least respect for human rights seek to clean up their image at home, but especially outside their borders, through their association with sport. To do this, they celebrate in their country the Olympic Games, the World Cups or the most watched tournaments on the planet. They christen football stadiums, occupy advertising space on shirts, or buy teams outright, pumping in big bucks that later become big signings to the delight of their fans.

In recent years, the phenomenon has taken on an unknown dimension, but the resource is almost as old as the competitions themselves. The recurring example is the Nazi regime’s attempt to present itself as a modern and powerful country with the celebration of the 1936 Olympics. Two years earlier, it would seem that its ally Mussolini had pressured the referees for Italy to win the World Cup it was hosting, since the dictator thought it would favor him politically.

Sports and politics have always been paths that cross from time to time. In the raised fist against racism of two American athletes at the Mexico 68 Games. In the mutual Olympic boycotts between Cold War blocs. In Argentina’s –football– revenge against England after the Falklands War. Terrible events, like a fight in 1990 during a football match that heralded the Balkan war. And hopeful examples, like the South African rugby team that became an unlikely ally of Nelson Mandela to mend the scars left by aside. Or the recent boost that many sports stars in the United States have given to the movement Black Lives Matter. 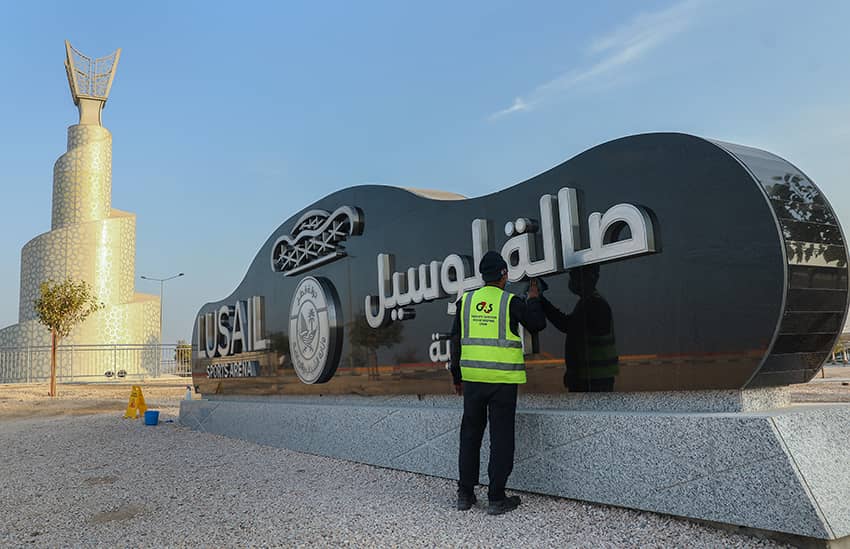 A worker stands near the construction site of Losail Stadium, the venue for 2022 FIFA World Cup matches. © Valery Sharifulin/TASS via Getty Images

Also, without going that far, there have always been businessmen and politicians of dubious reputation who have approached the most popular sports only to improve their image, expand their connections or their influence. But what we are seeing right now is a real game of chess between some of the most ruthless governments in the world which are more accepted by the international community, in part thanks to this new exercise in soft diplomacy. At the same time, When a large part of society hears the names of these countries, they think more of medals, goals, tennis matches and circuits than of the death penalty, imprisoned activists or discriminated against women.

In fact, it is logical, and it must be admitted that even smart, that the leaders of Saudi Arabia, Qatar, Russia, China, the United Arab Emirates or Equatorial Guinea seek to improve their external image with something that arouses interest and sympathy in other countries. . But as veteran Middle East correspondent Ángeles Espinosa answered a question about Saudi Arabia’s Super Cup celebration: “it’s about us […] we are the ones looking for businesses there and turning a blind eye to the local reality”. And it is that In sports bleaching, the cleaning sponge ends up as dirty as the stain it is trying to hide.

Qatar and Saudi Arabia, main representatives of a “global bleaching”

Although this is a worldwide practice, it is true that thanks to the large profits from the sale of gas and oil, Qatar, Saudi Arabia and the United Arab Emirates are the best examples of countries that have a clear and sustained sports washing strategy to clean up their image. But, as seen in the following list, They are not the only ones. 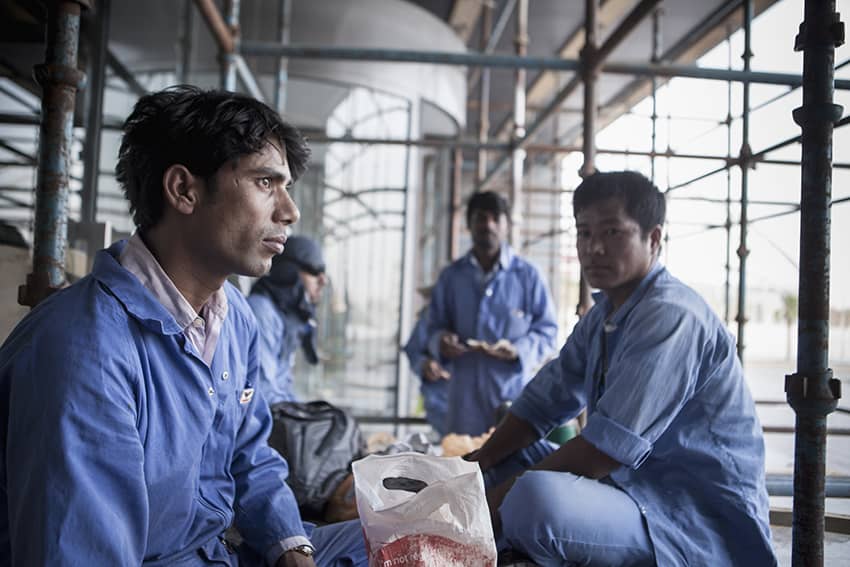 Migrant workers take a break for a meal in the Sports City area of ​​Doha, Qatar, June 18, 2011. © Sam Tarling/Corbis via Getty Images 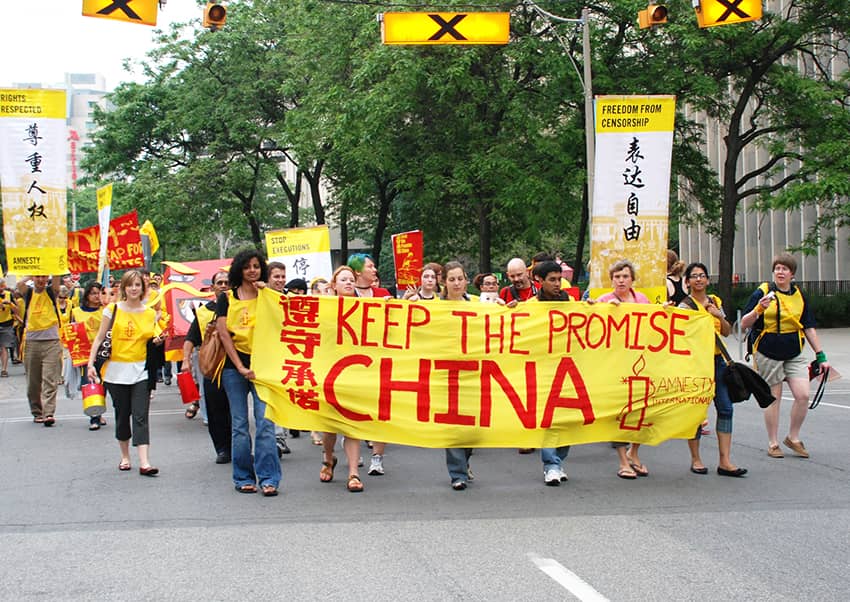 At Amnesty Canada’s 2008 General Assembly, members of the organization marched in yellow bibs to demand that China fulfill its promise to improve human rights in the country as part of its Olympic bid. © AI Canada 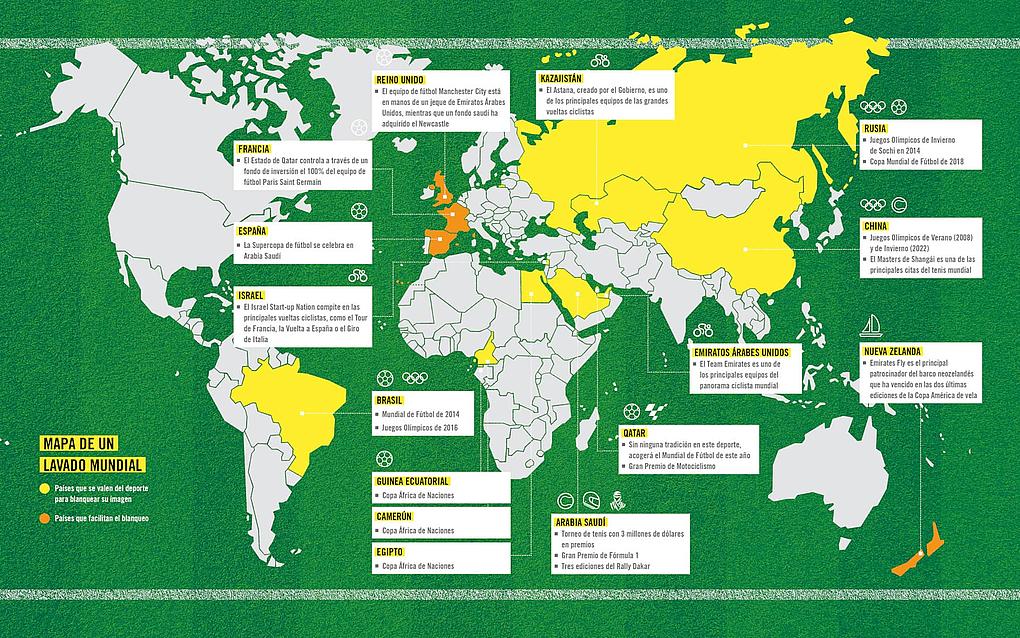 As we have said, for this whitewashing to take place, countries that want to hide their human rights record are so necessary, as are international sports organizations (read International Olympic Committee, FIFA, organizers of Formula 1, etc.), and the big teams ready to become its “sponge” to clean up its image. These are some of the main whiteners, but there are certainly many more. 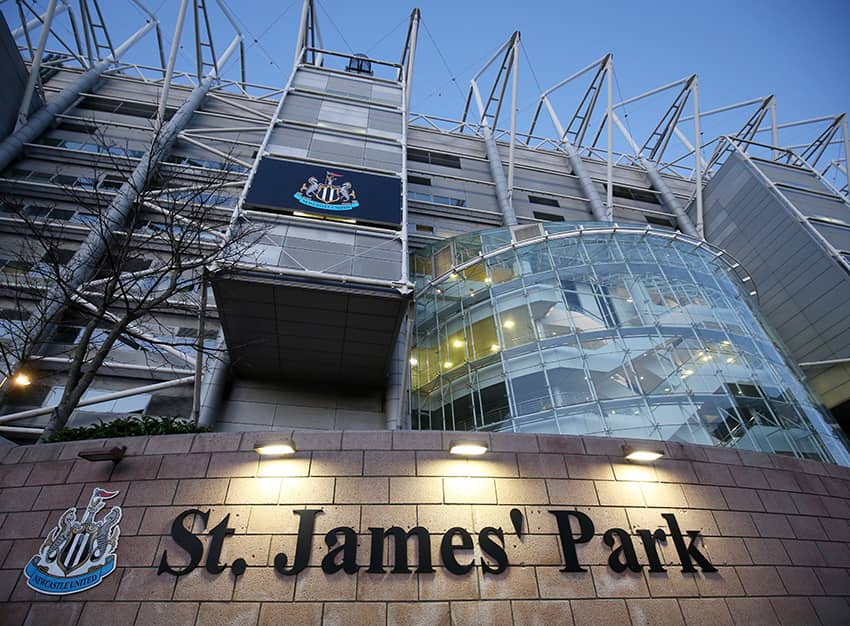 Exterior view of the stadium before the Premier League match between Newcastle United and Wolverhampton Wanderers at St. James Park on February 27, 2021 in Newcastle upon Tyne, England. © Jack Thomas – WWFC/Wolves via Getty Images