Yesterday morning the inaugural act of the Book Fair took place and the warm weather helped people turn around to enjoy this true celebration of culture.

Emma Losas, president of the Provincial Book Fair Organizing Committee, highlighted the return to face-to-face activities after two years of virtual activities due to the pandemic.

The Book Fair celebrates 45 years of presence in the city center.

The Book Fair, he said, “is a classic for Obereños, it is a climate of encounter between readers, writers and booksellers who return to the annual event. In this edition we pay tribute to personalities of our literary world such as Evelyn Vega, Hugo Amable and Olga Zamboni, we remember them with affection and admiration”.

Road to the half-century

At the same time, he highlighted the history of this cultural appointment, it is that in just five years the fair will reach 50 years, and so far it has not been interrupted, ” it is a celebration of culture that is heading towards the century, a collective work, converted into a reference for the city and one of the events that integrates all the cultural assets that belong to the missionary society”, estimated Losas. 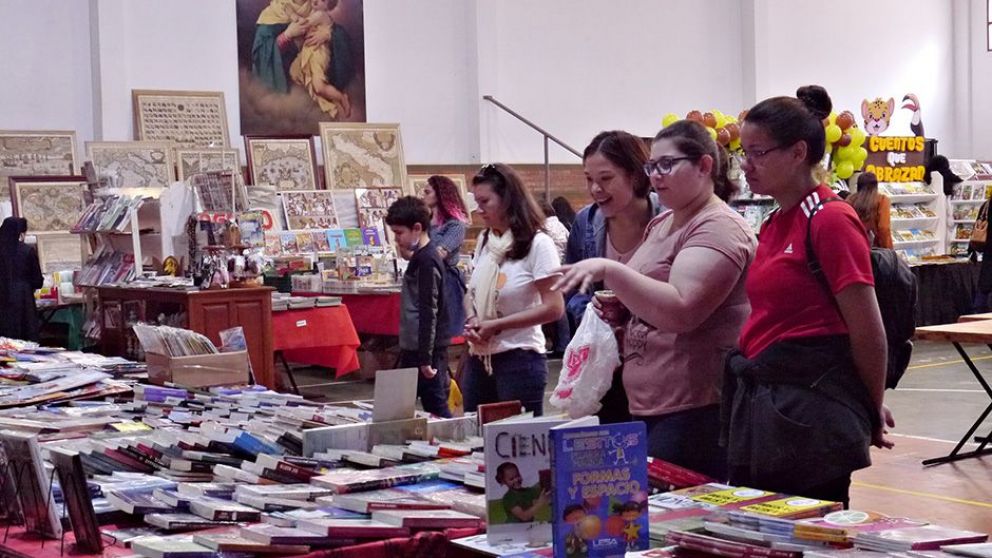 At the opening, the role of the fair as a beacon of missionary culture was highlighted.

Meanwhile, the public who visited the stands of booksellers and exhibitors yesterday stressed that “the fair becomes a festival of books and culture that has rightly chosen Oberá as a city that reads and builds bridges between communities and the generations. “.

In this same sense, Losas explained that the bond between people is very strong when there are books in play, “people talk about books, read them, recommend them and share them, it is the promise of an interesting experience and access to cultural capitals”.

At the beginning of the act, there were words of welcome and the organizers of the event as well as the community authorities addressed the public present.

Likewise, recognition was given to Numy Silva, for his contribution to culture, through poetry and action in the community.

Silva is an Obereña by adoption, she was born in Barrero Grande, currently Eusebio Ayala from neighboring Paraguay, where she studied journalism. At a very young age he began to live in Misiones, working for many years in the newspaper El Territorio, he also promoted writers and artists as they started on the path of art.

“I feel moved and honored because the Provincial Book Fair distinguishes me with the recognition of Teresa Morquio de Passalacqua, who was one of the most important figures of the missionary intelligentsia and one of the fundamental pillars of creation of this transcendent cultural fact in our province. expressed Numy enthusiastically.

The Provincial Book Fair has its main headquarters in the sports center of the Colegio Mariano, and yesterday also artistic numbers were planned in the Casa del Bicentenario and in the Cathedral Church for the enjoyment of the whole community.

sunday at the fair

The exhibition center opens today at 10 a.m. and among the day’s activities there will be presentations by Alba Ibarrola with ‘Historical Archives of the Province’, Mauricio Klein and his ‘Reflections on Life’, as well as ‘The unforgettable experience of Hugo Amable’s literary workshop’, among others.